Nmap is a free and open-source utility which is used to scan networks and security auditing. Nmap can discover hosts and services on a computer network by sending packets and analyzing the responses. The utility is available on almost every os, it is available for windows, linux and mac

To download Nmap you can simply head towards the official website by clicking https://nmap.org/  In case if kali Linux and parrot os, it is already available in there so you will not need to download the utility.

How to launch Nmap?

In Windows hosts you can simply install nmap and run it from the desktop icon using administrator privileges . In linux hosts there are 2 ways of doing it, in case of kali linux and parrot os you can find the icon and click to start and later give it root privileges by entering your password .

The other way is you can simply run on terminal

How to use Nmap?

we will use the Nmap for legal test we will test on scanme.nmap.org this is the nmap test website

Nmap can use for different reasons

1- for knowing the IP address and open port

This scan is used to scan the TCP ports. It completes the 3-way handshake process which means the host keeps the record.

If the port is Closed then the Destination Respond with RST/ACK packets.

on this command we will use the IP

Here: -sU is used to activate the UDP Scan. It generally sends the empty UDP packets and it takes more time than TCP Scan.

Here: -sn and -sP both are used for Ping Scan.

Only print the available host that responds to the host Discovery probes within the network. The above command does not tell anything about the ports of the system. you can also use it to check for a single IP to check that the host is up or not.

What is TheHarvester? The Harvester is a tool that was developed in python. Using... read more 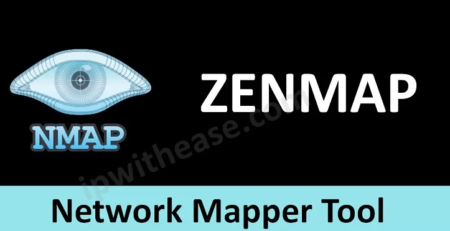 What is Zenmap? Zenmap is the official Nmap Security Scanner GUI. It... read more What is spiderfoot? Spiderfoot is a free and open-source tool available on Github. This... read more